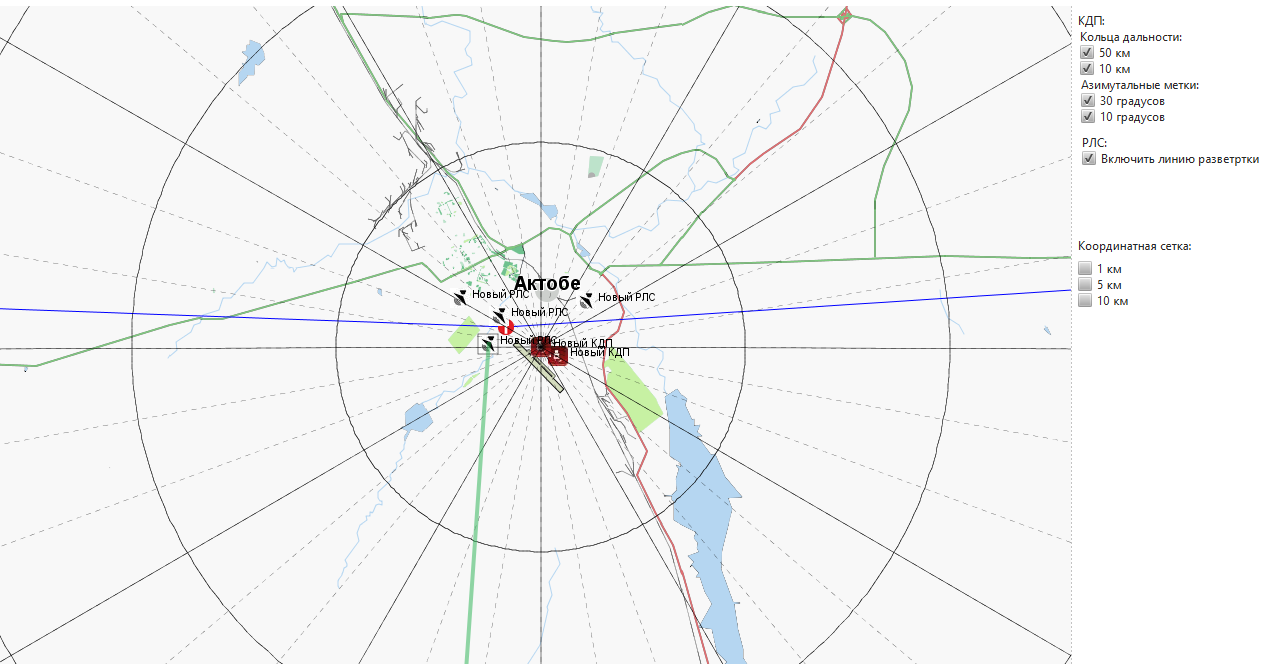 There are network simulators with lots of workplaces for dispatchers or officers to work simultaneously with shared virtual world environment.

Using HLA protocol, aircrafts simulators deal with air traffic control simulator, so dispatchers can see on their screens both locations or man-in-the-loop and computer-in-the-loop simulated aircrafts.

Air traffic for air traffic control simulator can be prepared using mission editor. So dispatchers can be trained on a big amount of virtual aircrafts and preconfigured traffic.

To teach dispatchers and pilots to fly in some real country environment, real air traffic of this country is maximally modelled. For example, coordinate environment, navigational guidepoints, … Of course, real geographical maps are used in simulation.

Simulation of radar equipment is also modelled. Azimuth grid and radar scan sweeps are modelled and displayed on air traffic control workplaces. Visibility zone of a radar is calculated depending on the radar, aircraft type and terrain properties. Only aircrafts that are in the visibility zone can be seen by dispatchers.

Instructors use Instructor Operating Stations for more effective training of dispatchers and air control officers. Emulating of pilots’ communications and actions are modeled. For example, when a dispatcher starts voice communication with a computer-in-the-loop aircraft, a member of the instructor’s team answers him by voice protocol as if he were a pilot. He models pilot actions to dispatcher orders. For example, he can change the course, height or speed of his aircraft or give order to virtual AI to make landing, and we develop necessary IOS functionality to execute such actions.